This blog started as a way to share my experiences exploring the wonderful cuisines of NYC. But shortly after starting it I learned that I would be moving back to the Boston area. I soon remembered that being in the area of a city and living in the city were very different things, especially when you are working three jobs.

But I had kind of fell in love with the name of this blog. It began to mean more to me than just exploring the world of food. It came to mean taking chances in life. I completely switched career paths and went from geophysics and science management to the wonderful world of beer. And then I found the Cicerone program. For those of you not familiar with this program, in it’s simplest terms, think of it as a beer sommelier. It’s become my second career goal to become a Certified Cicerone and I’ve already passed the first test in the program.

So I’m rethinking this blog as narrative of my path toward Certified Cicerone. It definitely is the leap of faith that I originally associated with Eating the First Oyster, but it’s also a long, hard road of studying, and of course, drinking beer. I’m hoping to take the Certified exam in October, a mere 10 months away!

Along the way I’ve already made friends with the folks at two local breweries who have been extremely supportive in my quest for beer knowledge – Castle Island Brewing and Trillium Brewing. I’m sure they will both feature prominently in my road to the Cicerone. 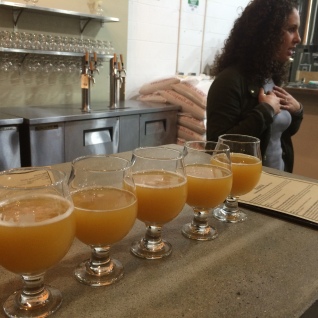 Beers at Trillium (Esther in background) 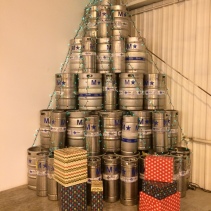 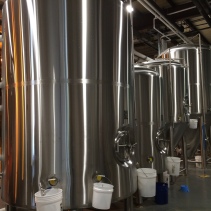 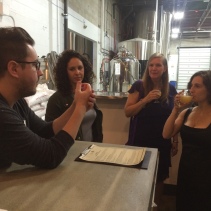 Neor and Becky at Castle Island 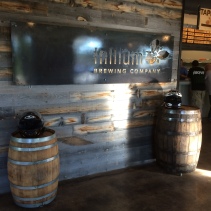 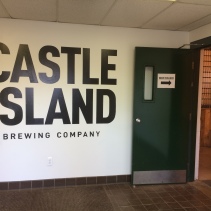 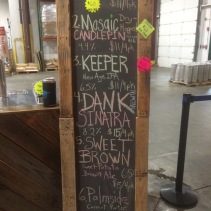